Went with The Mrs to see the movie Lucy starring Scarlett Johansson and Morgan Freeman. What a waste of two hours of my life! Not even watching Ms Johansson prance around made this movie worth watching. Probably the most galling thing about this movie was the total waste of a decent plot idea. I could write better in my sleep.

Holy Moses! This 1939 classic lives up to it’s reputation. This was a great movie. Oh man, the story was good, the script was excellent, great characters, great acting, wow. I am not a fan of westerns but this one is going on my list of favorites. #movies

Millie is a pre-code movie starring Helen Twelvetrees. It is the story of a woman unlucky in love. She marries a man and has a daughter and then her husband cheats on her. After she gets a divorce she has many suitors and eventually gives her heart to one. He cheats on her, and then she falls into a ‘life of dissipation’ and eventually murders a former suitor of hers who is now after her daughter.

I really want to like this movie. It is a great story and has been a staple of TV murder shows for years but at one hour and 25 minutes this movie is about 15 minutes too long. This movie was made only about 1 1/2 year after the introduction of sound to film so it has a few scenes with corny dialogue delivered in a hamhanded manner. Too many scenes like this in fact. To add to the misery of this film way too much of it is in soft-focus which means one has to work to watch this film.

The .ogv file I downloaded from archive.org is in fair shape. A couple of scenes are way to dark and a huge chunk of the film is cloudy. I’ll attribute this to the degradation of the original film.

The lovely Carole Landis stars in the 1940 public domain movie Mystery Sea Raider which was directed by Edward Dymytryck. Ok, I admit it, I downloaded this movie because of Carole Landis in it but it turns out that this is a fun adventure movie. The plot centers around a ship that is hijacked by German spies and is used as a sea raider in the early days of World War 2. Henry Wilcoxon does a great job as Captain Jimmy Madden and Onslow Stevens is the slimy German who steals his ship.

This movie was fun. It is light on the corny dialogue delivered in a hamhanded fashion. The action is believable without being overdone. Even the effects are good. Ms Landis shines in this one as well. 😉 The .ogv file I downloaded from archive.org is pretty good. It does have two spots in it where if looks like the film breaks or something. 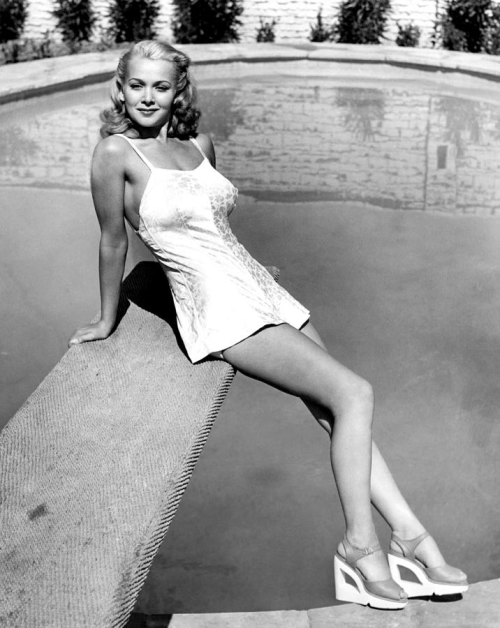